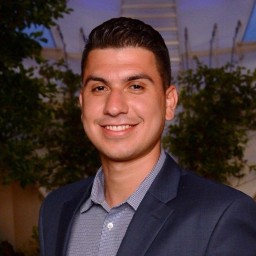 Many thought, like we did, this card would be the best of the year. And up until the main card, UFC 259 was shaping up to be just that.

There were a few wild finishes and at least four really exciting fights in the preliminary cards. Sadly, the PPV portion of the card did not live up too the hype.

The opening fight didn’t nearly as much action as expected. The second fight was a bit slow, but it played out as expected, and at least there was a finish.

Finally, of the three title fights, one ended in a DQ, another ended in two minutes, and the last one was forgettable.

Don’t get us wrong, we enjoyed the fights, especially since we caught the prelim fights too. There is just no question that the main PPV card did not live up to it’s potential. We can see why people who only bought the PPV could have been disappointed.

Nonetheless, we thought it was a great night of fights. We’re definitely anxious to see what fights get made next after last Saturday. Let’s recap some of the fights from last night and discuss what should come next.

This was an extremely impressive performance from the “Prince of Cyzsyn.” Admittedly, we were surprised by his ability to stand and strike with Adesanya. He was able to slip, parry, and block most of the offense throw his way.

Jan was even able to exploit offensive holes in his opponent’s game and landed several big punches throughout the fight. It wasn’t until the fourth and fifth rounds that he attempted any takedowns.

Officially the judges scored the fight 49-45, 49-45, and 49-46. The first two scores were odd to most people because it meant there was a 10-8 round. There were no such rounds, and even though there was a clear winner, it was a pretty close fight. Going into the fifth round, we scored it 39-37 (three rounds to one) for Jan, but many people had it tied.

The fight became a very technical kickboxing match until Jan was able to secure a takedown in each of the last three rounds. That really was the difference maker in the fight. On the feet, Jan seemed to be very comfortable trading strikes. There were a few times where his legendary Polish power landed flush on Adesanya, who many thought would barely get touched.

After the contest, Jan said his opponent was slower and hit harder than he expected. The fight didn't go how we thought it would, but we were still very impressed with how it unfolded.

The light heavyweight champion’s stock rose a ton after handing Adesanya his first loss. He should definitely go up in the pound-for-pound rankings as well. This performance erased any doubt in anyone’s mind about the new king at 205 lbs.

After the fight, Jan called for Glover Teixeira to be his next opponent, and we agree totally. Glover is the consensus number one contender and is more than deserving of the next shot.

This fight turned out the way most people expected—total domination. We picked Nunes to win, but we honestly expected a more competitive fight. From the opening bell, Anderson seemed to be overcome by enormity of the moment, and looked like a deer caught in headlights.

After clipping Anderson with punches, Nunes took the fight to the ground and easily out-grappled her into submission. It took her two minutes to steamroll her opponent in the first round by armbar.

We're not sure if this performance raises Nunes’ stock very much. She came into the fight already considered the greatest female fighter ever. And a win over a girl with such a young record does not add much lore to her legacy.

Frankly, there isn’t anyone left for her to fight at featherweight, and she’s beaten almost everyone at bantamweight. So it’s hard to see any real competition ahead.

For her next fight, it’s seems logical to be at bantamweight. We expected her next opponent to be the winner of the upcoming fight between Holly Holm and Julianna Peña.

Recently, Peña has been very vocal about how the champion does not want to fight her. She believes that she’s the hardest match her Nunes and poses the biggest threat to her throne.

UPDATE: Holm recently pulled out of their upcoming fight, so Peña may finally get her shot at the champ.

Unfortunately, this was the most disappointing fight of the night. It wasn’t because of how the fight played out, but because of the outcome.

Overall it was an exciting fight. The first two rounds were pretty competitive, but eventually became one-sided. Sterling seemed extremely anxious and threw a high volume of strikes. Around the end of the second round, he started to gas out at the same time Yan figured out his timing.

From that point on, Yan started to pick his opponent apart on the feet. The most surprising part for us was the he was tossing and tripping Sterling around too. Everything was going Yan’s way until in the fourth round, he made a huge mistake.

While Yan was threatening to get Sterling in a guillotine choke, he stood up and delivered an illegal knee while his opponent’s knee was down. Under UFC rules, you cannot kick or knee a grounded opponent to the head. This led to a disqualification where Aljamain Sterling was declared the winner and the new UFC bantamweight champion.

This was definitely not the outcome that anyone wanted, but in MMA anything can happen so you have to be prepared. Afterwards, there has been an odd combination of sincere apologies, kind words, name-calling and trash talking between the two fighters.

Per Dana White, they will have a rematch to clear up this mess. It’s the only way to sort this out and crown the undisputed champion.

This fight was the second most disappointing of the night. We were gushing over this matchup since it had been announced. We expected it to be an epic war between two dangerous strikers, but were sorely disappointed.

The fight was 100% on the feet, but both guys seemed very tentative. Both fighters rarely committed to their strikes, and if they did they didn’t follow up. They seemed to have huge respect for each other’s power, and it showed.

In the end, the three judges scored it 29-28, 29-28, and 30-27 for Rakic. We scored the first two rounds for Rakic, and the last round for Santos. This performance did not raise anybody’s stock much.

Realistically, he needs another win in spectacular fashion to be in the title conversation. We think his next opponent should be the winner of Dominick Reyes versus Jiří Procházka.

This is the part where we give our picks for each winners next fight. We try to pick the fights  we think make the most sense, but are also most likely to happen.

This is largely based on rankings, fighting styles, and who the fighters themselves ask for. What matchups do you want to see next?

Aleksandar Rakić vs. winner of Reyes/Procházka

Askar Askarov vs. winner of Perez vs. Schnell

Subscribe to our newsletter to keep up with the latest trends!